All Collections
Professional Features
How to dispute a review

How to dispute a review

Dispute a review whenever you’re not happy with ratings and invite the reviewer to change the score.

Written by Dajana
Updated over a week ago 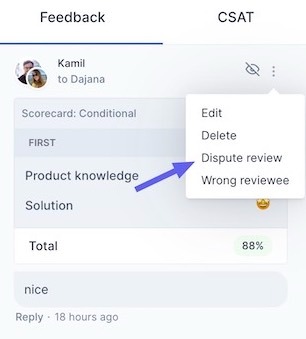 As a reviewee, you might not agree with the rating scores, so you can suggest a new rating for a category (not mandatory) or you can simply leave a comment for the reviewer which is mandatory when disputing. Dispute can be sent to the initial reviewer or to be escalated to someone else (e.g. a Workspace manager).

The reviewer will then be able to either accept or reject the dispute and they will be able to see exactly which suggestions a reviewee has given on their ratings. It is also possible to accept just a part of the dispute as the reviewer might not fully agree and need to change only some of the rating categories. If the dispute is rejected, the categories can't be changed anymore. A new dispute will need to be opened from the same review. 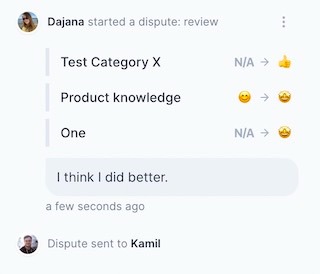 Besides the review itself, the Reviewee can also be disputed and an agent can suggest another user who should have gotten the rating. A Workspace manager, Account manager or the Admin of your Klaus account can also create disputes if necessary. Notifications are sent to both dispute creator and the dispute resolver.

The list of Disputes can be found under the Activity view, together with the Given/Received comments and reviews.

The statistics about the disputes can be found on the dedicated dashboard. 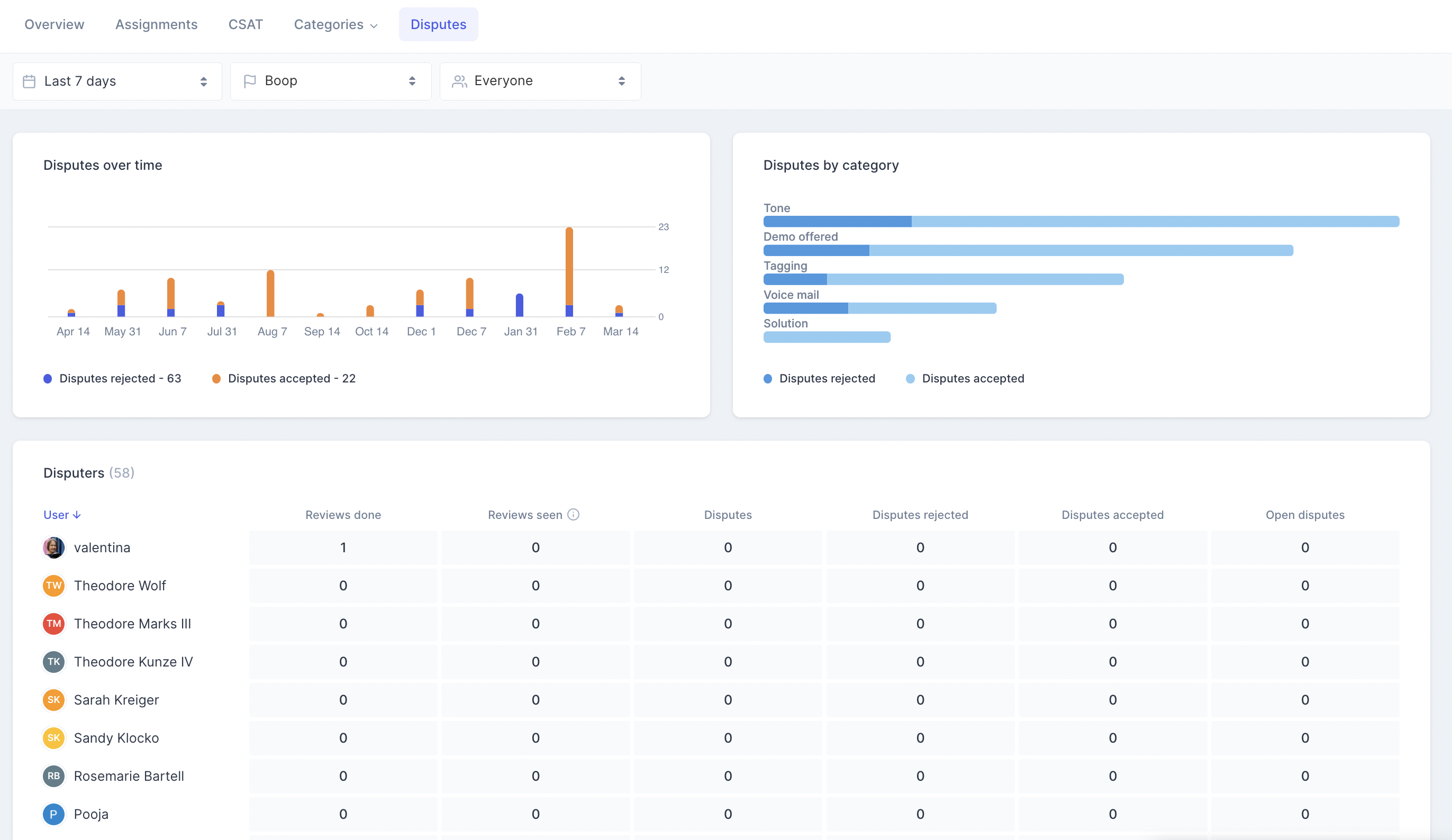 For customers on the Starter plan, the dispute process can be done in two ways:

Did this answer your question?